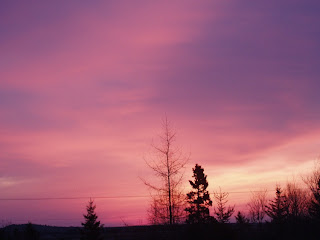 "Change wears my sister's moccasins. He stays up late and wakes up early. He likes to come up quietly and kiss me on the back of my neck when I am at my drawing table. He wants to amuse people, and it hurts him when they yell at him. Change is very musical, but sometimes you must listen for a long time before you hear the pattern in his music."

Change is a tricky thing. Sometimes we long for it, but most times, we fear it, and whether we like it or not, it is inevitable. Nothing stays the same forever. Seasons come and go, people are born and die, relationships end, jobs transition, bodies age and morph.

There are two categories for change, as I see it. There is the change that we actively seek and work toward, like when people rise-up to veer the political course of our country, to battle racism and sexism, or to fight for voting rights. This is a calculated and desired need for change and a goal is set. People move forward aggressively and welcome it.

Then, there is the change, or just the thought of change, that turns our stomachs inside out, makes us throw our fists at the wall, resist, and well-up with fear. We feel like we are walking the path alone in the dark and have no control whatsoever of the outcome.

As enlightened as we like to think we are, when this kind of change makes its presence in our lives, it is instinct to want to run from it, to fight it with all your might so that everything stays "status quo." Even I, when presented with the possibility of a major life change two weeks ago, did not accept gracefully.

Perhaps one of the most difficult things to do in a new and scary situation is to actually listen to the advice we have so many times given to others. I found myself, for the first twenty-four hours of the news, stunned, sad, frightened, and imagining the worse possible outcomes. If a friend had come to me in a similar situation, would I tell her "Yep, you're going down. Life sucks, accept it, you'll be devastated and never recover. Throw in the towel now and accept a life of doom and gloom."

No! Of course I wouldn't! I would instead conjure up the wisdom that change has taught me over the years.

Without change, we don't move forward. It is the impetus that allows us to reach our highest potential. I look back at different situations in my life and remember how devastated I felt at the time when a relationship ended, someone I loved died, or I moved from a home that was my comfort and my feel-good place.

Sometimes when we get too comfortable in our surroundings though, complacency sets-in, the kind that keeps us from growing and experiencing life to its fullest.

That's when the universe (fate, God, Goddess, Buddha, etc.) gets a little bored too, and decides to shake things up. Along comes a curve ball and we need to know when and how to swing to make that home run.

So, the universe has presented me with a new path. I can choose to wallow in fear or I can choose to say "thank you" for not allowing me to accept status quo and for helping to push me forward to the next phase of my life so that I may continue to learn and grow as a human being.

I remember about five years ago feeling completely overwhelmed and unhappy with my work and living situation. In one key moment, I made the realization that it was my attitude that might be holding me back. I wanted change so desperately, to move away and start new. Then it dawned on me, if I was meant to walk a different path at that moment in my life, then it would have been easier for me to leave. Instead, I changed my thinking to "there must be a purpose to this." And now, five years later, that purpose has been quite clear, and I am grateful for the struggle that I endured because it was instrumental in forming who I am as a human being today, and, I like to think, helped others along their path as well.

Lessons are learned in every experience, sometimes it just takes a while for us to figure out what those lessons are.

Another key moment in my life, that my mind keeps going back to, was about ten years ago driving north through Hartford, Connecticut. Alone, traveling in 60+ MPH three-lane traffic to to visit family in Maine, I found my car pushed out of the lane and sandwiched between a huge eighteen-wheeler and a four-wheel drive truck, both drivers oblivious to me. My car was swerving madly out of control and the more I tried to control the car, the more I swerved. Those few seconds seemed like minutes, and the thought, clearly, came into my mind "this is the moment that I die."

Instead of panic, I released my hands from the wheel and just "let go."

Well, I am still here writing this blog. Like a miracle, the car straightened out, traffic slowed, and an opening appeared in the lane for me to pull into. My heart was racing, but I was safe.

What I learned that day (other than traffic through Hartford is horrendously dangerous!) is that sometimes just letting go is the most graceful way to accept change.

The universe may make some decisions for me, but then it is my job to make the most of that decision. Attitude will be a key player, but more so, trust in myself, and trust in the universe.

lots of courage needed to just let go .... and there are different ways of letting go. Great post. Hope all is well with your studies and new paths. O.